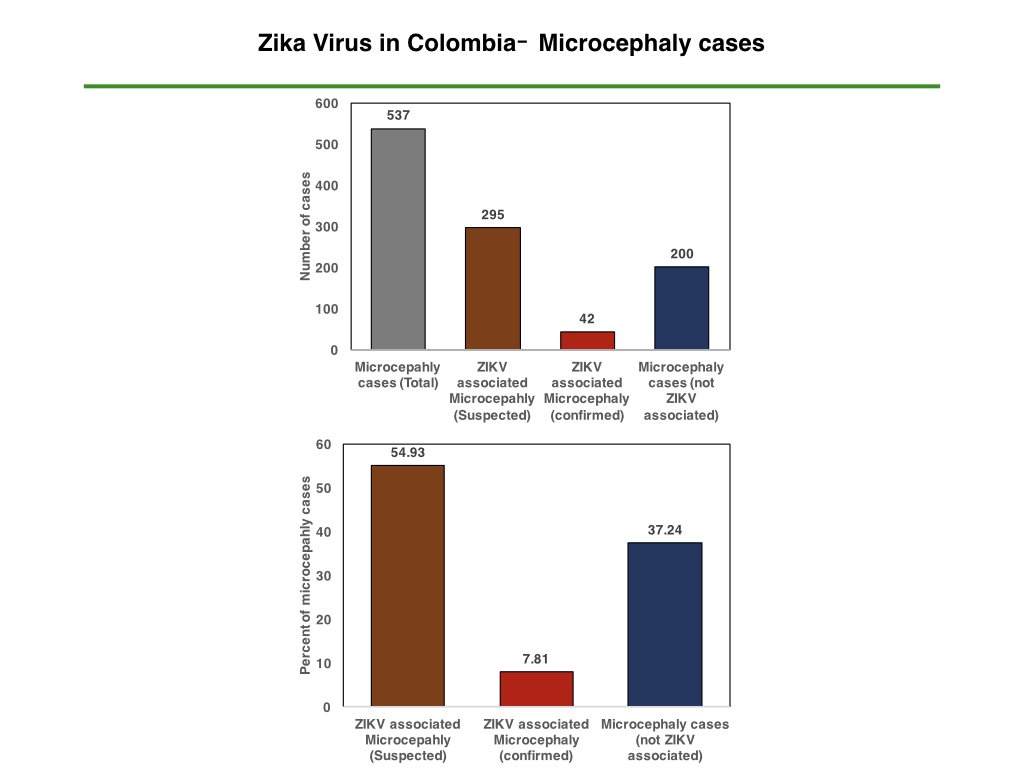 According to data, 7.9% microcephaly cases are linked/caused by Zika virus so far.

According to evidence based medecine, taking into account tested ZIKV + microcephaly cases, we get 17% of the entire microcephaly tested for ZIKV.

Question: if we all agree to say that Zika virus is involved in the immunological process leading to neural defect and microcephaly, we have to cope with other causes (83%) responsible for microcephalies. On a Global Health issue, it appears more and more obvious that studies are required to build a full picture of the root causes tree regarding microcephaly outbreak in South Americas. By comparing Brazil with Colombia, we might discover different paths to follow, especially by studying what happened in NE Brazil.

Colombia recorded a lot of GBS (>398) compared with microcephaly (>21). A interesting paper is just released in J.Autoimmun 2017 by Colombian researchers pointing out the role of Dengue antibodies. Socio-economics factors are also interfering in the process leading to neurological defects.

Some time ago, CDC and WHO have posted a statement on microcephaly caused by Zika virus. May be they jump the gun?